Tips For a Successful Foster Care or Guardianship Placement and Open Adoption. 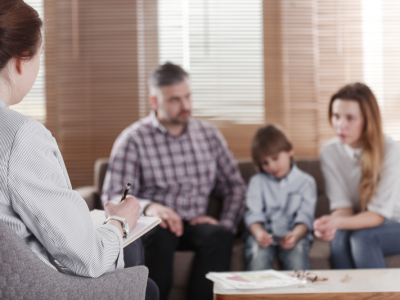 Tips For a Successful Foster Care or Guardianship Placement and Open Adoption.

Being prepared with proper knowledge is one of the most critical requisites for a successful placement. Toward that ambition, Foster Care and Adoption NSW, take the utmost care to offer support, advice and information on subjects ranging from foster care, to guardianship and open adoption.

The following are tips for making an informed decision.

All children removed by the State have suffered TRAUMA!

Children who have been removed by the State are not in care because they are orphans or their biological parents have passed away due to a terminal illness or in an accident. The children have been removed for their safety, health and well being by an order of the Court. Where there is no possibility of restoration to the biological parents or families the orders are for the children to remain in care until they attain 18 years of age in NSW. Many of them have been abused in utero due to illicit drug and/or alcohol abuse and domestic violence.  The trauma suffered by the child can be as damaging and compared to PTSD some combat soldiers returning from war experience. The longer a child remains in an abusive environment, damage caused can impact on the child for life.  Children who have suffered physical abuse and enter care with an acquired permanent brain injury will have special needs. Those needs will be based upon the degree of damage sustained. Some may require ongoing therapies to reach their full potential, others may require intensive 24 hour care, may be non verbal, immobile, wheelchair dependent and tube fed for life. Children exposed to illicit drugs and alcohol in utero and diagnosed with FASD (Foetal Alcohol Spectrum Disorder)  may also have obvious or mild physical deformities, and intellectual delays also. New born babies removed at birth, can experience severe withdrawal symptoms until weaned off illicit drugs and alcohol they were exposed to in utero prior to any diagnosis. Statistics show the majority of children removed by the State are from homes with a 3rd and 4th generational history of abuse and neglect.

All children removed by the State have suffered ABUSE!

Abuse varies in type, there is psychological abuse, physical abuse, sexual abuse and domestic violence abuse. Prior to removal the majority of children in care have experienced most if not all of the aforementioned abuse. Foster Care and Adoption NSW, believe many children currently in OOHC have also experienced “systems abuse”. Having to move 10 times and more from foster home to foster home for ANY child constitutes abuse.

According to experts in the industry, prospective foster carers should be thoroughly assessed and trained prior to being authorised carers in order to provide for the child. Specifically speaking, authorised foster carers should be offered and have access to ongoing training from the department and their agency. Most importantly, the authoritative decision-maker, whoever it is, must be made clear to the concerned stakeholders. If not, it might lead to conflicts in the later future.

Foster care entails child-centric planning. At the same time, the exclusive focus on the child’s safety, health and well being should remain PARAMOUNT.

The approach should be balanced between the formal and the flexible.